Morning time, you will be met by our local, English-speaking, representative in Sharm El Sheikh, who will transfer you by private Air-conditioned vehicle to Sharm El Sheikh Airport in order to catch your domestic fight to Luxor – Usually with one stop in Cairo. Upon arrival to Luxor International Airport, you’ll be met by our English-speaking representative, who will help and assist you in all formalities at the airport, passing the passport control and collecting your luggage.

We start our day tour with a visit to the Valley of the Kings, the richest and most fascinating ancient tombs in Egypt. This was the burial site of the kings from the New Kingdom. This includes the marvelous tomb of Tutankhamen, discovered intact by Howard Carter in 1922 as the most important archeological discovery in the 20th century. The tombs are featured with marvelous wall painting which survived until today.

The next visit will be the Temple of Deir El Bahari, which was constructed during the reign of the 18th dynasty by Queen Hatshepsut, one of the greatest rulers of Egypt. The temple is featured with its many terraces, the statues of the queen with a beard, and its magnificent location carved out of one of the great mountains of Thebes.

After the tour to the Temple of Deir El Bahari, we will proceed to visit the Colossi of Memnon, these two huge statues are the only remaining items of the great funerary temple of Amenhotep III constructed in 1350 BC and became a landmark in the city of Luxor afterwards. After the tour, we will transfer you to your hotel in Luxor.

We will then cross the Nile to the East Bank to have some a lunch break at a local tourist restaurant in Luxor. After lunch, we will continue the tour in Luxor by visiting the Karnak, the largest Pharaonic temple complex in the whole world, constructed over a period of more than one thousand years, almost all the impressive items of the Karnak we see today date back to the new kingdom specially the huge amazing columns of the hypostyle hall which are constructed by Ramses II, the greatest builder of ancient Egypt.

The last visit in the day will be to the Temple of Luxor, another starting temple which was established around the 14th century BC and the construction continued for many years afterwards by the Ramses II, queen Hatshepsut an many other Pharaohs. The temple with its variety of design outlines and architecture. This is besides the huge two statues of Ramses II which ornaments the façade of the temple.

After finishing this marvelous tour in Luxor, we will transfer you by Air-conditioned vehicle to Luxor International Airport, in order to catch your domestic flight back to Sharm El Sheikh. Arrive to Sharm El Sheikh Airport, meet our local representative there, then transfer to your hotel for overnight.

Prices are quoted in US Dollars per person per package for minimum 02 adults sharing the same tour, including all the mentioned sightseeing tours as per the program itinerary and valid from 01 October 2022 to 30 April 2023 - Excluding Christmas, New Year and Easter. However, in case of increase in fuel, taxes and/or tourist sites entrance fees, Vantage Travel International will keep the rights to amend all prices accordingly and without prior notice.
Due to the outbreak of Corona-virus "COVID-19" and its negative influences on the global travel movement, we are glad to announce our new-flexible terms & conditions when you book any tour from our website. ONLY USD 10.00 / NZD 10.00 per person is requested to confirm your booking! The remaining balance is requested only 10 days prior to departure date. No charges will be applied if you cancelled your booking only 10 days prior to your tour date. However, you can keep your money paid as a trip credit and you will be able to use on any future trip departing until the end of December 2022.
Passengers are responsible in ensuring that they are in possession of the correct travel documents upon departure and they have met all health requirements. Please check with the nearest consulate office for information concerning travel visas before you travel and if you are required to obtain this or any other document in advance.
Tipping is customary and expected in daily life, especially for people working in tourism field. It forms the biggest portion of their income. It is a kind of appreciation to tip someone or not according to the service received from all people working for you and involved in your trip like drivers, guides, porters, tour company representatives etc.
Children from 00.00 Years up to 05.99 years will be free of charge. However, please note that children from 06.00 Years up to 11.99 years will enjoy 50% discount from the adult rate. 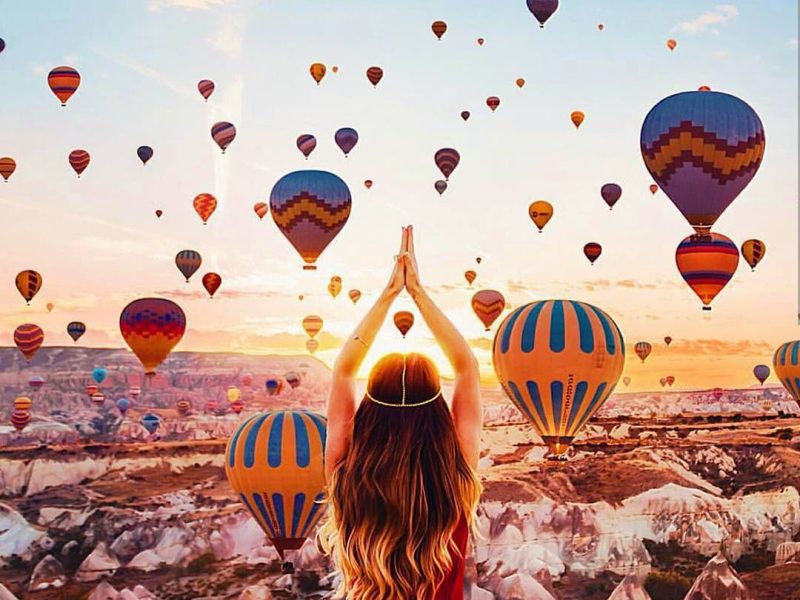